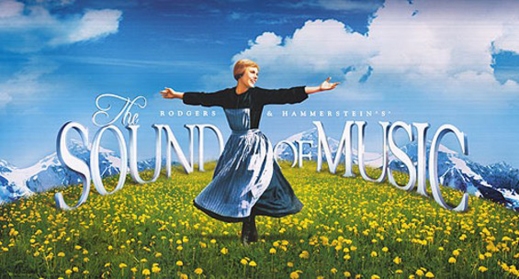 This is one of my favourite chords: 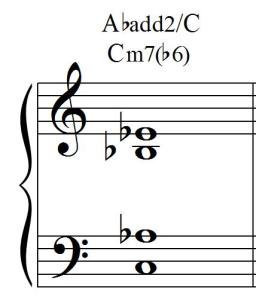 Personally, I think about it as an Ab(add2)/C rather than the Cm7(b6), but whatever floats your boat. The important thing is what it sounds like.

A closely related chord that is also a favourite is this one:

I hear this as a minor chord with the added b6, rather than as a major 7 chord. This is similar to the previous chord, but the semitone on the inside rather than a tone gives is a little more bite. It’s interesting that the same 3 notes (C, Ab, Eb) can be heard in 2 different ways depending on the added tone (Bb or G).

Why do you care what my favourite chord is? Well you don’t, except that they might become yours. More importantly for me though is that this is another interesting place to start writing from. The question of “how can I write “X” for young bands and get away with it” has been a fruitful one for me in the past. Here’s hoping that one of these chords will do the same job in the future.

Now it’s time to listen to Appalacian Spring by Aaron Copland. I love what Copland does with major chords!